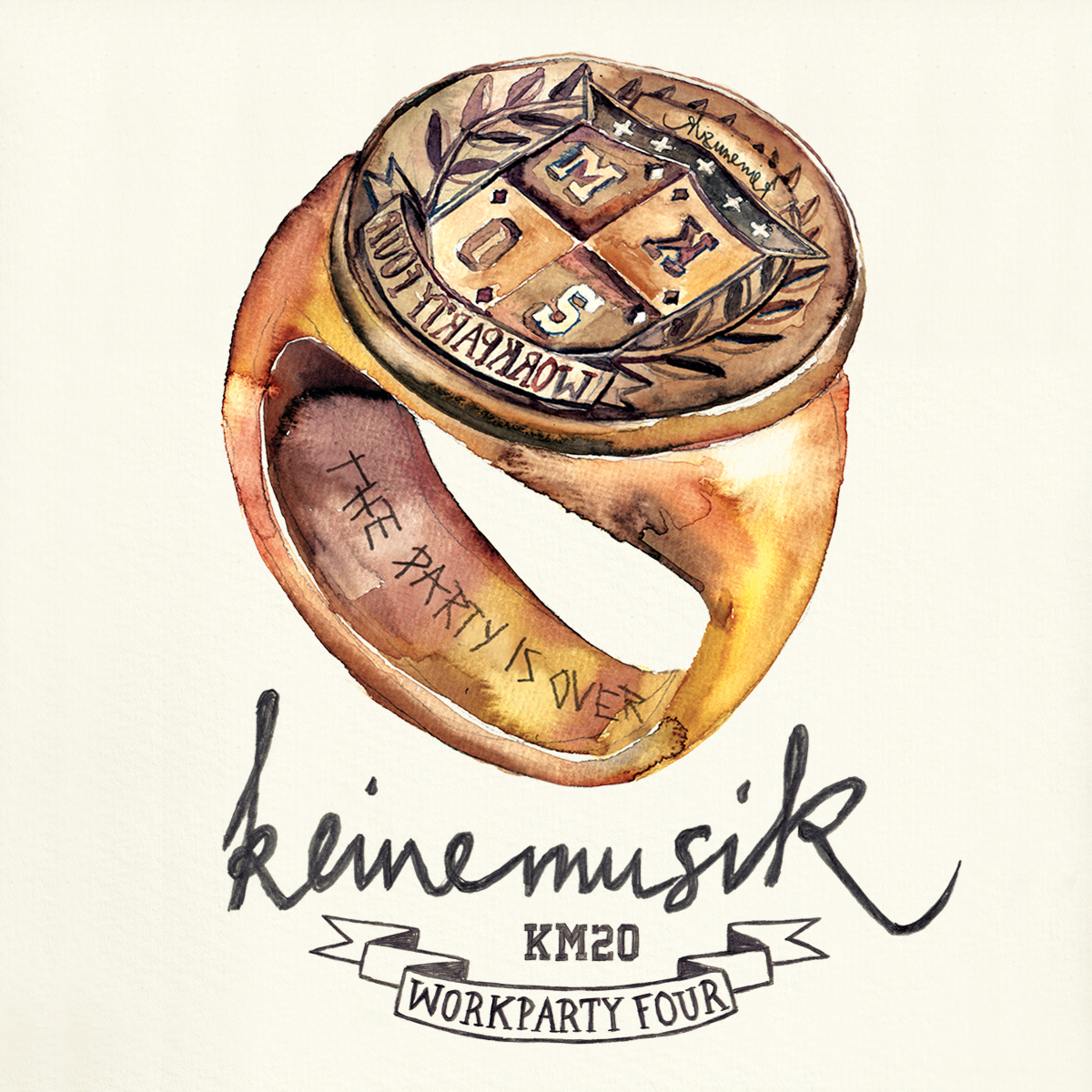 So there we are. Teenage years are over, the wild times are still ahead, though. Keinemusik turns twenty – all hands in the air! In celebration of this biographical moment of glory the whole crew is circling up in brotherly and sisterly embrace. Make an high-angle shot, what does it look like? Like a ring of course. So therefore you’ll find the signet ring on this picture disc’s A-side. The flip is tagged with what this symbol of companionship is leaving, once it’s used properly. So there’s a signed and sealed big up to everyone who has supported keinemusik so far. No. 20 prettied itself up a bit and commends itself as a nice little collector’s item. Still as a decent spinning item as well, containing those pumping features:

On A1 (aka the ring side) David Mayer opens up with “Machinedrum Calypso”, a relentless Tech-monster with classy percussive decoration, lurking single notes, malicious synths and a roller coaster ride of breaks and full tilt. Perfect opener!
Next in line is “Think”, falling out of &ME’s hardly failing machines. Initially, the kick tends to hide behind some cryptically cut vocal-scraps, but once it’s grooving at full level, there’ll be no dry corner left on the floor. Add some sub-bassy guts massage and some highly effective break-stuffing and you have a picture of this guy’s current sure shot.
The seal side contains another surprising new Adam Port-cut. “Burana” starts out as a funked out, crackling Disco-beat-skeleton, incorporates a tongue in cheek bassline and some offset hi-hats and once in a while is raising up to cloud nine of synth-paradise. Devoid of any vocal trace there is a potential secret favourite grooving from second row.
Rampa is aiming for an unlike feisty spot landing for the grand finale. His “AY” offers microscopic fiddling on his percussive tribal rataplan and some decent feverish shaman dance. As a counterpart, he inserts an übercool bass into the background and if needed, an übercool bass into the foreground as well. One glimpse should show that ‘peaktime’ is written all over this bitch.